Something out of nothing

The idea of involving non-formal education in ESN has been present for ages, however it was not until 2011 when the first steps were made. The board of ESN International issued a call for OC of Eduk8, and thus gave the idea the first push to become reality. It was indeed a test-phase: to see whether this is something we really should do. With the lack of clear directions, strategy, or even a proper budget, the first ever Eduk8 Training for Trainers event was held in Budapest in August 2011. The OC was working day and night to prepare the event out of nothing, to build up something from scratch. Something that the network needs, but it doesn’t even know about it... Although the idea of having a project focusing on non-formal education was much valued and even welcomed by many people around the network, the project kicked-off with a rocky start: 11 participants from 9 countries were the only ones to give it a try. Although the training was indeed smaller than expected, it was life-changing for not only those 11 people who participated, but as well to the network on the long run: the training proved to be so motivating and inspirational that the word has spread quickly around the network, only to realize there is more need for such events and approaches. The training focused generally on training preparation, implementation and evaluation, and aimed at creating a better understanding of non-formal educational approach and its place within ESN. Participants developed all the necessary competences that are needed for a trainer in the NFE arena.  After the training there was no question whether or not to continue with the project, however it was clear to everyone that it has to aim much higher and reach much more people in the network. The first Eduk8 coordinator was appointed, and the first Eduk8 strategy was developed. Dorothy Glatz, as the first coordinator, put her whole hearth and energy to the project, fighting for it a lot. Thanks to her efforts, the project survived. 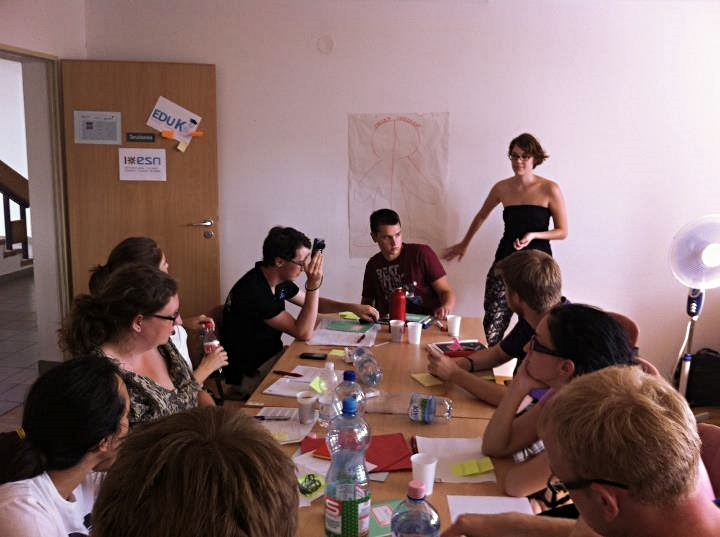 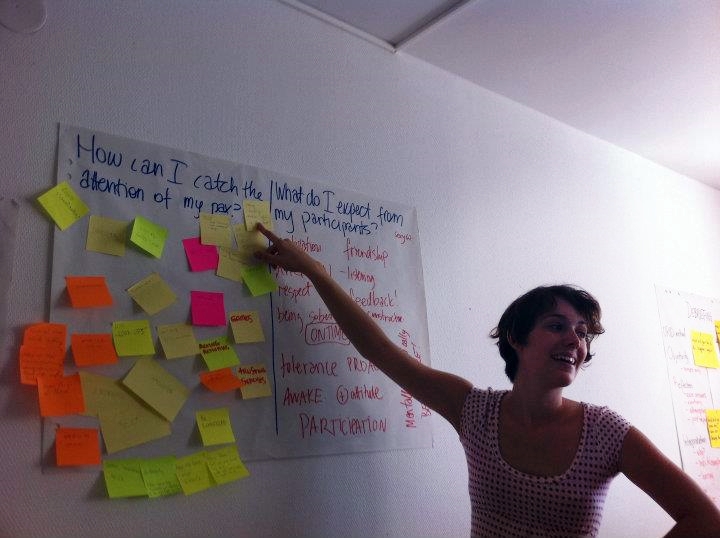 It is worth to mention that the Eduk8 Training for Trainers Budapest was not only the beginning of the project, but also a birth of many future ESN leaders: Stefan Janhke, who is connected to Eduk8 since Budapest, made it to the highest position in ESN – the President of the whole network. Giulia Rosa and Anja Avela became members of National Boards in their countries. And it was just the very beginning…

Every journey starts with the first step

The summer of 2012 has been a milestone in the development of Eduk8, as that year the second Eduk8 training was held in Vrútky, Slovakia with a great success.  By the end of the event, the training has gained more supporters than ever before.  The project was attended by forty two participants from fifteen different countries to step on the rocky road to become a trainer. During the eight days of Eduk8, participants have learnt the basics of preparing and delivering a workshop in order to be a good trainer. Participants could have peeked into three different topics - Intercultural Learning, Section Empowerment and Management thus to focus on their main area of interest. 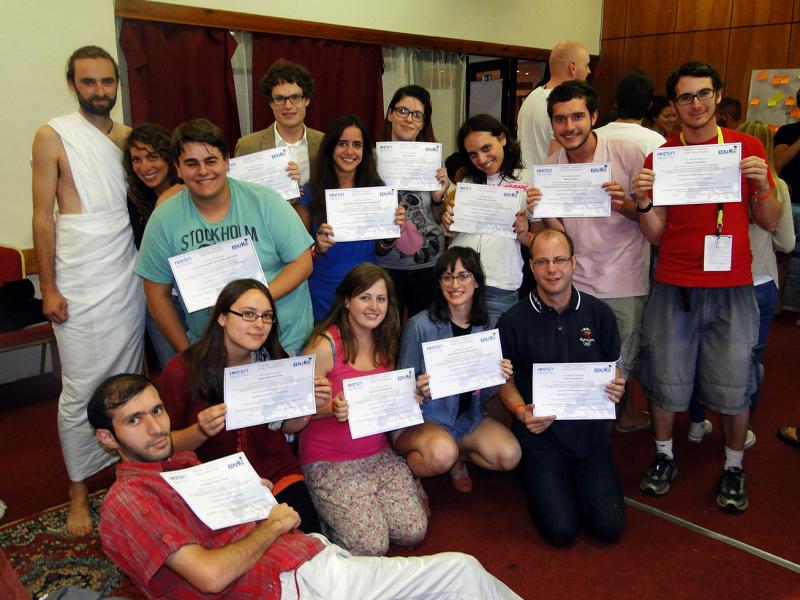 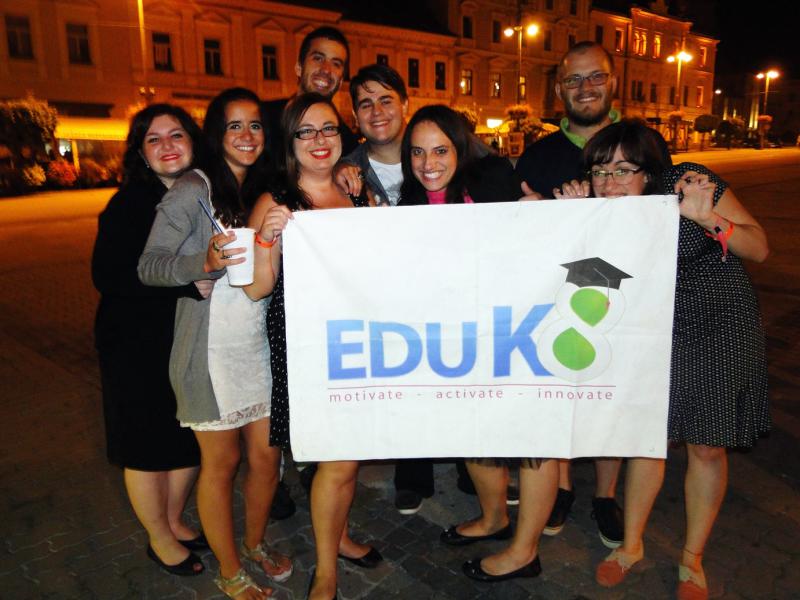 The beginning of Eduk8 era

After Vrutky the project has really started to develop. Highly motivated ESNers brainstormed a lot how to improve the project and bring it to the higher level. They also spread the news about it and its advantages to the network. The Eduk8 Team started to work on the strategy and the Eduk8 Charter. As a result we had the first International Training Event – Winter Training Valencia. Seven trainers led three tracks for fourty-five participants. After that, a group of highly motivated and trained ESNers came back to their countries to share the knowledge and their experience. After Winter Training time has come to organize also Summer Training which took place in Liege, Belgium. Again, thirty participants led by five trainers discovered the mysterious way for development in fields of Human Resources, Leadership as well as Project and Event Management. 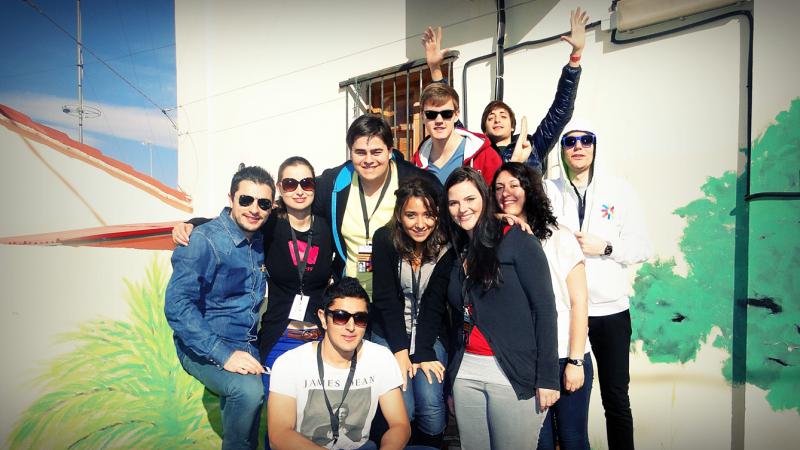 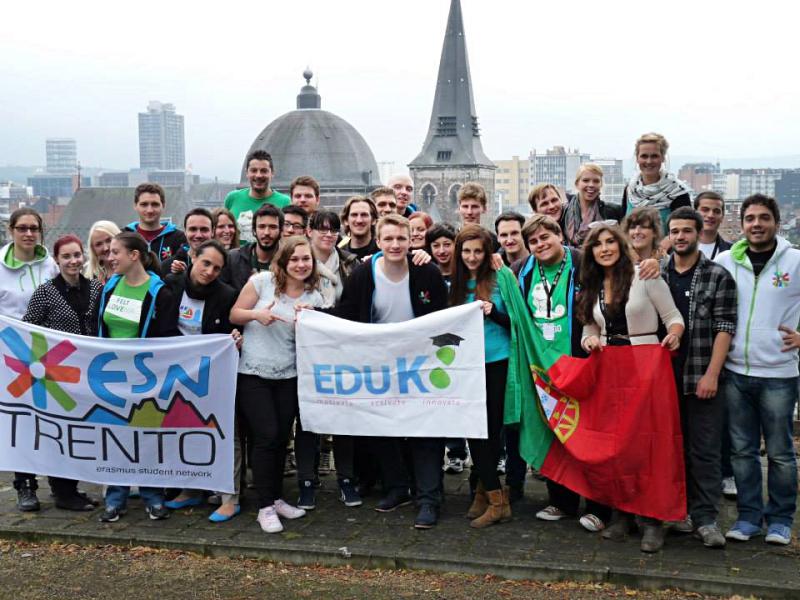 But this was still not the end of the plan for the year 2013. The breakthrough came in August in Cluj-Napoca, Romania. The third edition of Eduk8 Training for Trainers took place. Again ESNers with high expectations and different ESN backgrounds came to discover how to become a trainer. This year for the very first time ESNers had the possibility to attend either basic or advanced Training for Trainers. Almost fifty participants from all over the Europe worked really hard during the whole week and tried to find the answer to many questions: What is non-formal education? Do we need it? Why / why not? What are the trainers’ competences? Is it a right place for me? After seven days they went back home with new ideas concerning both theirs and their sections’ future. 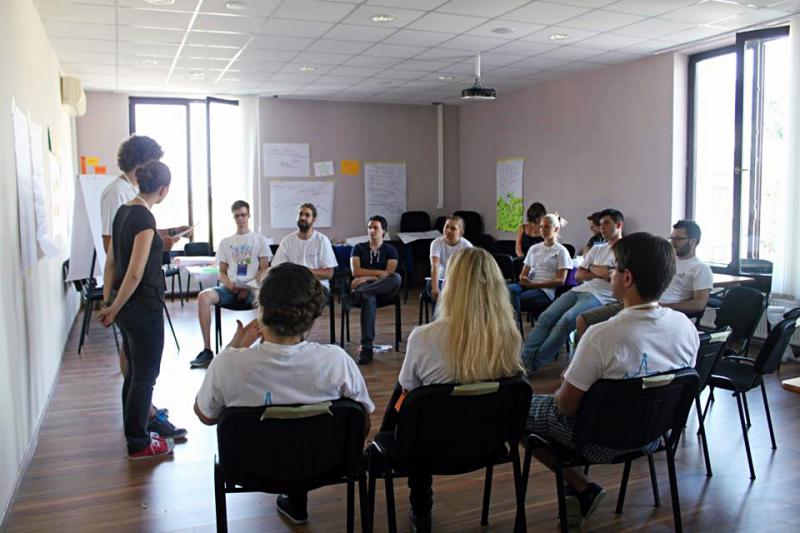 Eduk8 entered the year 2014 really successfully. It started with ESN Winter Training Skopje prepared according to the new concept: having external mentors from preparation to evaluation, a coordinating team who took care of everything apart from the trainings, having trainers from different backgrounds and level of experience.  This new strategy proved to be really successful and the feedback after the training was really positive. 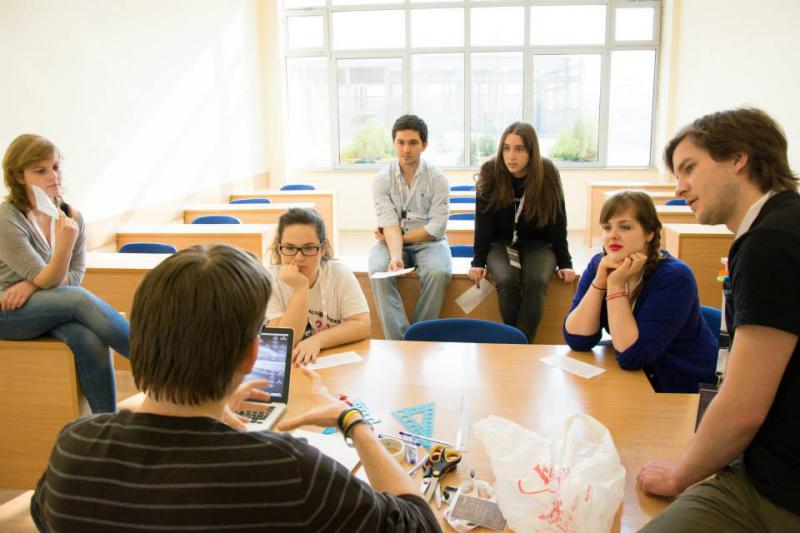 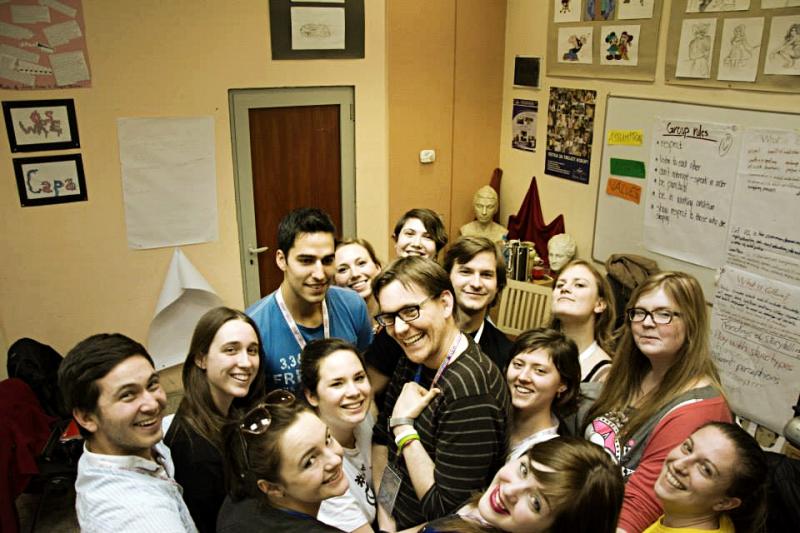 In August, the fourth Training for Trainers took place in Trento, Italy. We broke another record with almost 60 participants at two basic and one advanced track. Trainings were facilitated by four external and two very experienced internal trainers. During 10 days they had an opportunity to take part in different workshops and acquired knowledge on topics such as non-formal education, group dynamics, role of a trainer, feedbacking, facilitation methods, training and session design, debriefing and evaluation methods, self-reflection, motivation and dealing with multicultural groups. Eduk8 is not only about non-formal education, but also about meeting great people and sharing experiences! Beside the workshops, there was a time to enjoy the international company and the beautiful surrounding of the mountains. Every night all the participants gathered during different activities, such as the movie night, theatre workshops or stand-up performances inspired by the TED Talks. The event  was a big challenge, both to the Eduk8 Team and the Organizing Committee, due to the amount of participants and different experience in non-formal education, but it ended up very succesfully. 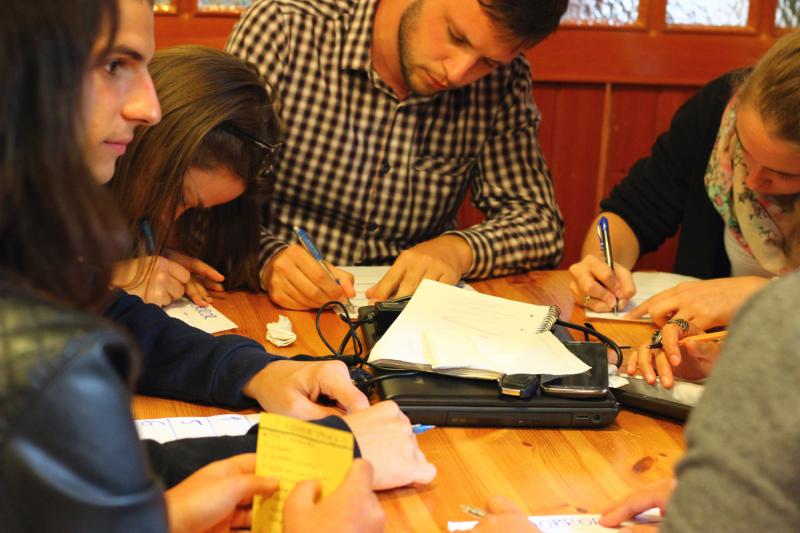 After PR Manager joined in Summer, the Team for the upcoming year was extended with the position of Events Coordinator. The whole Team had a chance to meet up during the Autumn Training in Łódź, Poland in November 2014. While the Team was planning the strategy for the next year, the Training was conducted by four facilitators. It gathered around forty participants on two tracks: Communication and Leadership&Motivation, and ended up with one Facilitator joining the Pool of Trainers. It would be hard not to notice how with every single event the quality is increasing, which means that the project is going in the right direction. Of course, there is still so much more to do, but nothing will stop it. The future of Eduk8 seems to look promising…